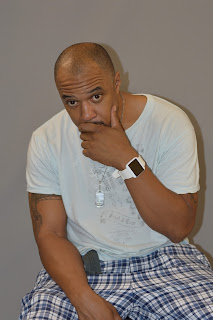 What was it that got O.M.G Entertainment started? At the time (April 2012), I was living in Florida and in a deep depression about my injury from my years of being an athlete. A real good friend of mine who put me on to a bunch of music connects a couple of years before in Fort Myers came through and picked me up for drinks like he usually do and had a talk with me about what I was gonna do moving forward for the future.. He showed great concern about my condition and what I was doing at the time.. So in this convo a light bulb went off and I knew I wanted to get back into music.. I was somewhat concerned about my age so I wasn't necessarily interested in rapping or even being an artist. I knew a few local artists and one in particular used to come through a spot I had in the infamous pine manor neighborhood.. He was very talented so I made him a proposition that if he would put out a mixtape I'd fund it. We rode around looking for studios for him to record in. Well I didn't like the process of how studios in the area carried their business. At that point I felt there was a void to fill in the indie music market so I took it upon myself to purchase some equipment.. I lived across from a best buy so I took some paper I had and bought up Equipment.. I even hit the Craigslist... Once I started acquiring equipment I took my guest house and converted it into an office/studio and stared recording him and his team. My goal at the time was to build a label with his artists and another I met a year or so before who had already had a situation.. From that day forward OMG was created and plans were in motion. Needless to say, none of them panned out after the money was invested and marketing plans created. So in essence I started recording again and other artists started to catch wind of what I was doing because I was putting my business cards in all the music stores.

How many years has your company been around? A little over 3 years. We've been incorporated a little over 14 months now.

What are some of the main areas that O.M.G Entertaainment specializes in?
Our company specializes in digital Multimedia publishing through our publishing entity Tha Grizz Publishing©. Marketing, promotions and sales.

Where do you see you company going in the next five years? As we stand today we are on track to producing and publishing our first track with an indie major. In the 5 years to come I see us being a force in the publishing of digital Multimedia across broader platforms to such as network Television, terrestrial radio and larger stages with our videos and music. With our social media reach now being well into the millions I can actually see the company growing its partnerships into force that can actually work as efficiently as one of the majors with reach into film and television.

What are some of your thoughts on today's music economy? Well with the decline of physical record sales and the growth of the indie sector I think one has to be far more creative in creating new revenue streams and create models based on these new revenues. My whole goal is expanding digital real estate and I do believe if you do it right and think outside of the box the money is there. On the flip side today's music econonmy is full of misguided and misinformed music business. Operating from extinct marketing plans if any and bad business. It's sort of the gift and the curse of the "direct to fan" model. Alot of "salesman" just looking to cover their bottom line if any.. Over saturation of cut and paste producers feeling entitled to artists hard earned cash. That's another conversation.

What do you think it is that makes an artist successful? To me, in this era what makes an artist successful is moving units and collecting royalties. If you're doing that then your career in my eyes is a success. That is why we are here... to create economy and grow it significantly. If it doesn't make dollars (consistently) it doesn't make sense. That in my eyes is a successful artist. Converting the fan fare into revenues.

What do you look for in a good MC?
Word play!! Not just "bars" (whatever that means nowadays) but the ability to craft a story or visualization through lyrics. Next is the delivery. Making those words cut deep into the listeners pysche. I need to be able to feel where you're coming from and the rhyme from beginning to end needs to make sense and have relevance to the hook and the artist himself or herself.

What are some of the things that O.M.G. has to offer? The main item we offer is a sensible strategy to putting out content. One in which makes sense for the particular artist. We offer social media management, marketing plans,  social media set up, seo, and social media integration. We also publish to our radio partners as well and some press.

What can we expect out of O.M.G. Entertainment in 2015? Our premier artist which is myself (Kilo M.O.E) will be dropping a new single in the coming last quarter "Ouchea Winning" and also working on a single featuring former Rough Ryder and Lox member J hood. Both of which are produced by GoodFellaz Muzik new producer sensation, Tony Martinez out of Phoenix. Also, we are upgrading some of our services and offering marketing and promotion packages along with production effective next quarter.

Any advice you want to give to up and coming artists? Sure. You gotta give it time. All of it. How much time? Alot of time. Being a "dope artist" or having "bars" isn't enough to monetize your career. You have to have a keen sense of where things are going and what adjustments you need to make along the way. In addition to this you have to be a student of this game. At all times. If any of the above sounds like alot.. Or a pain in the ass, give up now. Even if you find someone to do all of this for you basically you are walking down a path of disappointment and suffering. Thank you for having me. 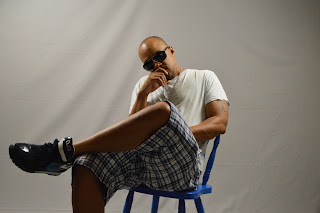